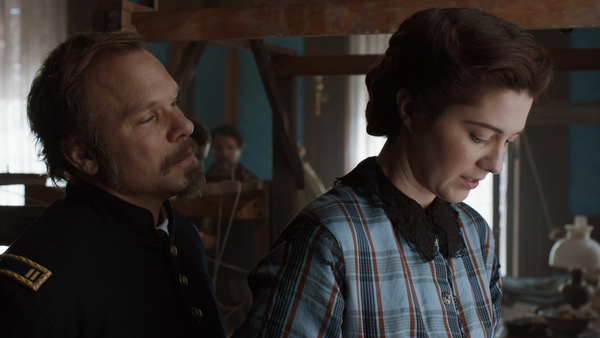 In its quest to find a suitable replacement for "Downton Abbey," PBS turns to the Civil War for inspiration, with its wealth of class and combat-based conflict providing ample dramatics to fuel a limited series. Created by Lisa Wolfinger and David Zabel, "Mercy Street" is primed for grittiness, observing medical chaos and battlefield woes during the devastating conflict, setting the series in Alexandria during a transition period of power between the Union and Confederate armies. However, subtle antagonisms aren't encouraged here, with the production team going the soap opera route, encouraging heaving chests and wild-eyed close-ups, leaning more towards "Gone with the Wind" than a Ken Burns documentary. While the show only lasts for six episodes, it remains a struggle to work through the tepid conflicts contained within "Mercy Street," which seems allergic to any scene of authentic emotion, caught trying put on an opera with material that's best served as soberly and respectfully as possible. Read the rest at Blu-ray.com