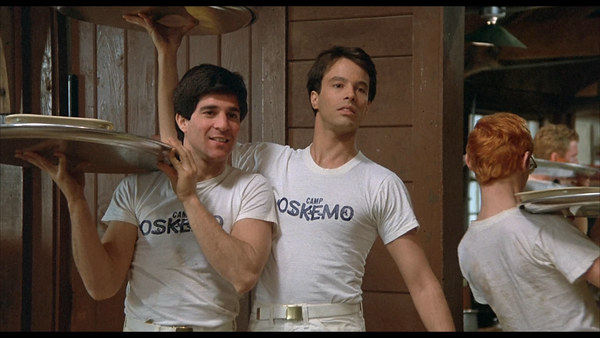 When "National Lampoon's Animal House" destroyed the box office competition in 1978, a string of knockoffs were all but guaranteed. One of the strangest to emerge from the mist remains 1980's "Gorp," a summer camp festival of sophomoric behavior that strains to ape "Animal House" tomfoolery in every way. Director Joseph Ruben ("Sleeping with the Enemy," "The Stepfather") and screenwriter Jeffrey Konvitz largely invest in chaos to bring the strangely titled "Gorp" to life, believing that noise and aggressively odious behavior is the key to acquiring audience approval. Unable to land a single joke, the feature quickly transforms into an endurance test with painfully exaggerated characters and dispiritingly desperate attempts at juvenile humor. There's not even a plot to help tie it all together, rendering the effort a highlight reel of unimaginative monkey business that often feels like it's never going to end. Read the rest at Blu-ray.com