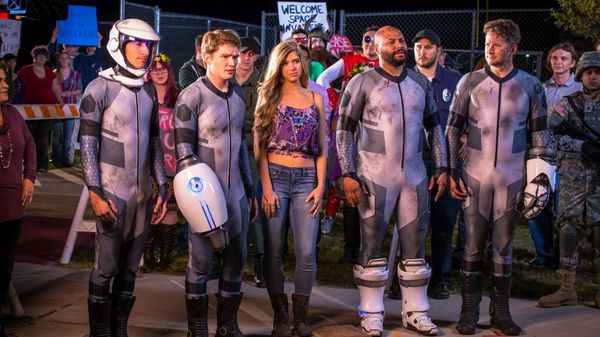 “Lazer Team” certainly has spunk, carrying on with extraordinary energy as it attempts to satirize and celebrate the superhero genre. That little of it actually translates to laughs is a disappointment, but the production definitely deserves points for trying. Submitting untested actors in a low-budget action extravaganza, “Lazer Team” tries to get by on noise, cranking up performances and visual effects, but aggression doesn’t encourage comedy, finding the effort gasping for focus as director Matt Hullum struggles to achieve an overall balance of mischief and mayhem. The picture is never quiet for long, which might be enough to please its intended audience, but as long-form parodies go, “Lazer Team” isn’t particularly sharp. Read the rest at Blu-ray.com