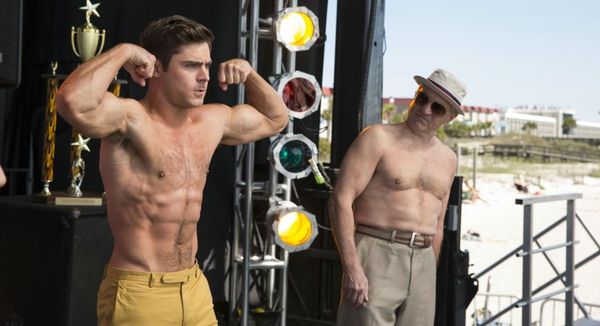 Midway through “Dirty Grandpa,” there’s a scene that features Jason (Zac Efron) emerging from unconsciousness on a Florida beach after an evening of smoking crack, answering a Face Time call from his high-strung Jewish fiancée Meredith (Julianne Hough), who’s introducing the rabbi hired to oversee their wedding. In his daze, Jason doesn’t realize he has a swastika inked on his forehead. The character is also trapped without clothes, with only a stuffed bee toy strapped to his groin. A little boy, playing on the beach, spots the bee and immediately begins tugging on it, much to Jason’s horror. The ensuing physical confrontation creates the image of the child performing oral sex on Jason from afar, inciting anger from the boy’s inattentive father. That’s “Dirty Grandpa.” If you choose to see it, it’s your own damn fault. Read the rest at Blu-ray.com