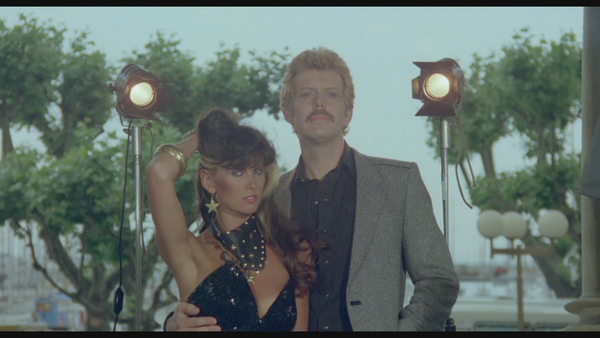 Obsession cinema hits the hotels and beaches of France in 1982's "The Last Horror Film," which boldly takes its inspiration from John Hinckley's 1981 assassination attempt on President Ronald Reagan, with the would-be killer hoping to impress actress Jodie Foster with his display of violence. It's a provocative starting point for co-writer/director David Winters, but it's not a plot he approaches with sincerity. Something of a goof, with a broad lead performance from actor Joe Spinell, "The Last Horror Film" is best appreciated as a travelogue for the 1981 Cannes Film Festival and as a showcase of style for actress Caroline Munro. Lowered expectations are perhaps best to approach the feature, which doesn't care much for suspense, far more interested in mild industry satire and pulled punches. Read the rest at Blu-ray.com