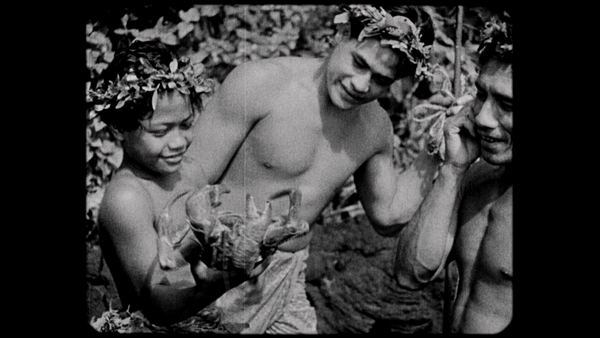 Following up his success with 1922's "Nanook of the North," documentarian Robert Flaherty traveled to the island of Savai'i to capture life in a Samoan village, with plans to replicate his observational aesthetic. The experiment didn't quite work out as imagined, forcing the filmmaker to gently nudge reality along, offering a representation of a changing culture in 1926's "Moana." Greeted with indifference during its initial theatrical run, the feature was rescued from obscurity by Flaherty's daughter, Monica, who decided to record her own soundtrack for the silent movie in 1976, returning to the tropics to add voices, atmospherics, and music, attempting to redefine the visuals in a fresh way. The result is "Moana With Sound," which doesn't represent initial artistic intent, but expands on an already fascinating feature. Read the rest at Blu-ray.com