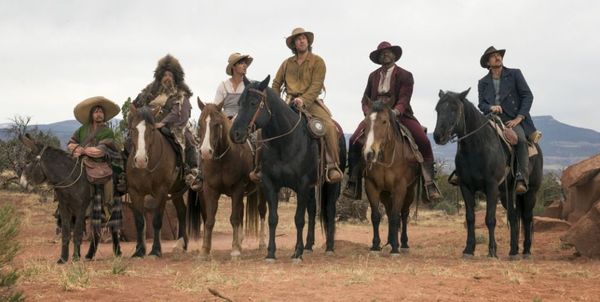 Taking his act to the small screen, Adam Sandler attempts to revive career momentum on Netflix, with “The Ridiculous Six” the first of a batch of Happy Madison productions due to be released on the streaming service over the next few years. It’s a smart move for the mogul, and with the burden of box office performance removed, perhaps there’s a chance the old Sandler will reemerge to restore his once mighty reputation as a master of meat-headery. Unfortunately, hope will have to wait for the next effort, as “The Ridiculous Six” offers the same lazy humor that’s plagued Sandler’s career as of late, though the jesting is supported by a handsome, star-studded western extravaganza, but one that never plays as inventively as it could. Read the rest at Blu-ray.com