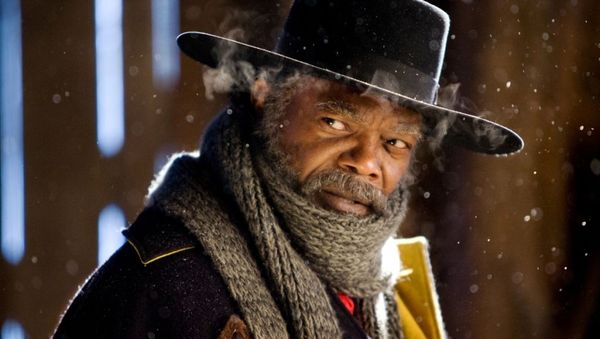 Continuing his obsession with westerns and ways to pervert their traditions, writer/director Quentin Tarantino goes from the expanse of “Django Unchained” to the stasis of “The Hateful Eight,” his latest offering of cinematic indulgence. While tarted up with a grandiose presentation that celebrates theatrical releases of old, the feature doesn’t exactly live up to its technical hype, finding Tarantino breathlessly inflating “The Hateful Eight” instead of massaging its simmering hostilities, basically turning the movie into a novel that, at certain points, doesn’t seem like it’s ever going to end. And yet, it’s impossible to walk away disappointed by Tarantino’s 8th film, which is lovingly crafted and brilliantly acted by a large portion of the ensemble, who give their all to this strange, bloody mystery that carries on for three long hours. Read the rest at Blu-ray.com