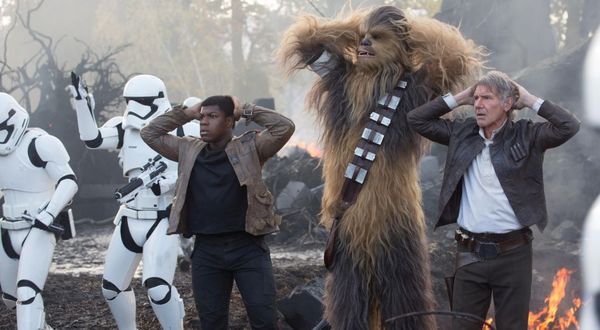 It’s been a decade since the release of the last “Star Wars” film (2005’s “Revenge of the Sith”), but the “The Force Awakens” isn’t very interested in the George Lucas prequels. Instead, the new picture is a continuation of the Original Trilogy, attempting to pick up where 1983’s “Return of the Jedi” left off, hoping to rekindle a bit of the old big screen magic with familiar characters and dramatic situations. Co-writer/director J.J. Abrams embarks on a daunting challenge of nostalgia and world-building with the feature, and he’s wildly successful with his revival efforts, triumphantly jump-starting the franchise for a fresh round of sequels and spin-offs that hope to play to all ages and degrees of fandom. As a series starter pistol, “The Force Awakens” packs substantial firepower. Read the rest at Blu-ray.com