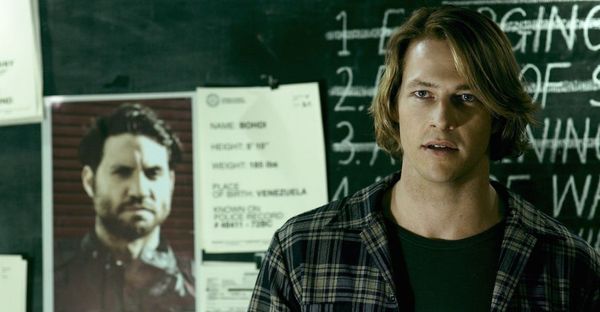 When it was released in the summer of 1991, “Point Break” was only a modest hit for 20th Century Fox, failing to catch fire during a crowded moviegoing season. Its reputation developed on home video, where appreciation grew for Kathryn Bigelow’s spirited directorial approach and expert management of the promised “100% pure adrenaline.” These days, some people (like me) consider the feature to be one of the best actioners of the 1990s, with stars Keanu Reeves and Patrick Swayze turning in amazingly vibrant work in a picture that celebrates the impossible with a special Southern California glow. And now there’s a remake, trying to cash in on a title that’s more of a secret code for film nerds and “Hot Fuzz” fans. Predictably, it falls short of the original’s magic, but what’s most disconcerting about the new “Point Break” is how little it understands what made the first pass work so well. Character names are the same and the mission is familiar, but the lights are off in this do-over, glumly trying to capture the same electricity with roughly 90% less adrenaline. Read the rest at Blu-ray.com