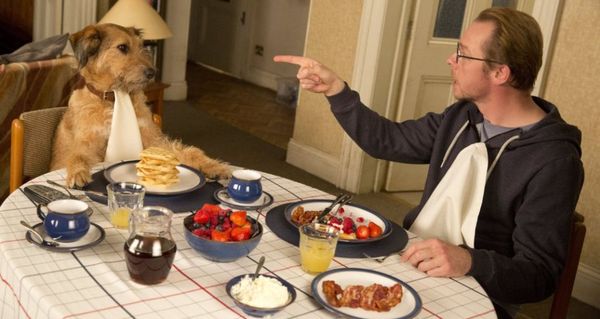 “Absolutely Anything” is dripping with promise. Its main source of curiosity is a Monty Python mini-reunion, with the comedy troupe members contributing voice work to portray a race of malevolent aliens. It’s also the first feature film directed by Python vet Terry Jones in nearly two decades (1996’s “The Wind in the Willows” being his last effort). And the movie marks the final screen work of icon Robin Williams, who participates as the voice of a dog. “Absolutely Anything” has a lot going for it, including an enthusiastic lead performance from Simon Pegg, yet Jones doesn’t quite know how to manage all the quirk and slapstick of the picture, which never comes together as completely as it could, disappointing on multiple levels. Read the rest at Blu-ray.com