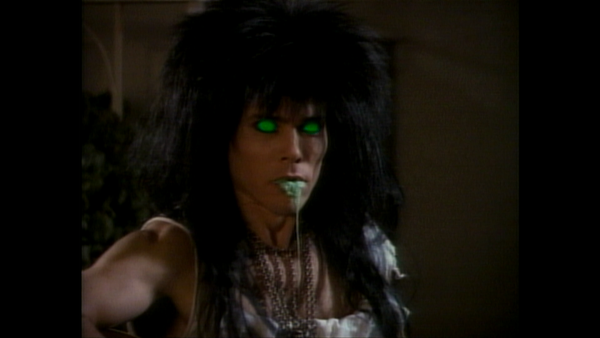 It's widely noted that Nirvana's 1991 masterpiece, "Nevermind," was the album that killed off interest in hair metal. But maybe, just maybe, the release of "Shock 'Em Dead" that very same year also contributed to the cause. Horror meets killer licks in the genre extravaganza, which looks to dazzle viewers with driving music, topless women, and demonic acts of survival, riding a dying musical movement into Valhalla as it shares the pleasures of ornate guitars and towering hair. Admittedly, there's the distraction of Traci Lords to keep things interesting, but as goofy B-movies blasting past their expiration date go, "Shock 'Em Dead" is a surprisingly leaden effort, losing the war with coherence and passable acting as it fights to maintain utter absurdity. Read the rest at Blu-ray.com