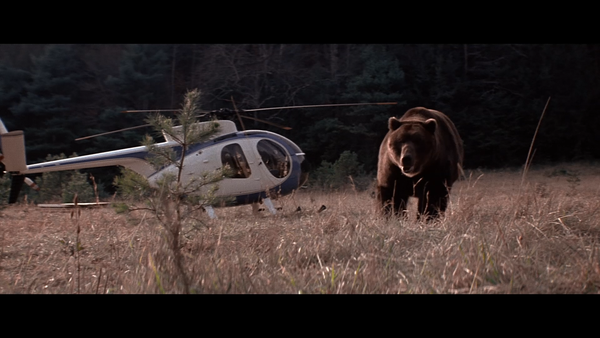 "Grizzly" is often described as a rip-off of "Jaws," and it turns out, the accusation is correct. The 1976 animal attack movie isn't shy about its influences, reworking elements from Peter Benchley's novel and Steven Spielberg's cinematic adaptation to fit its own design of forest-bound horror. However, this pilfering isn't exactly a crime, as "Grizzly" finds its own footing after introductions are made, doing a fine job transitioning the shark role to an enormous bear, while star Christopher George does his best to keep panic in the air as director William Girdler figures out ways to keep the titular star an enticing menace. Read the rest at Blu-ray.com