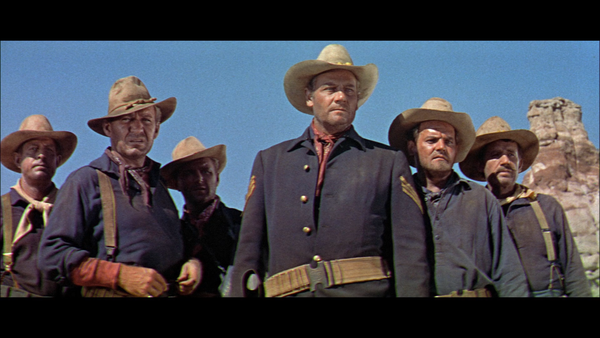 1958's "Fort Massacre" is a survival movie that's disguised as a western, tracking the efforts of U.S. Cavalry officers as they experience environmental, native, and internal pressures during a trek through the southwest. Starring Joel McCrea, Forrest Tucker, and John Russell, the feature serves up a buffet of meaty performances dealing with escalations in violence and paranoia, periodically indulging the genre routine with battle scenes and horse chases through gorgeous New Mexico shooting locations. Read the rest at Blu-ray.com