Film Review - The Night Before 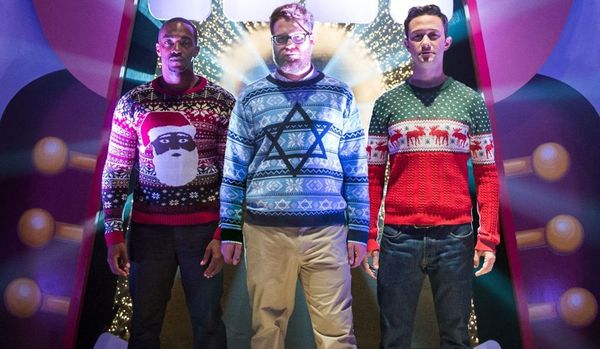 Coming down from their world-rattling attempt to make fun of North Korea with “The Interview,” co-writers Seth Rogen and Evan Goldberg set their sights on the holiday season with “The Night Before.” Obviously, with this duo guiding the mischief (along with Ariel Shaffir and Jonathan Levine, who also directs), warm, cuddly feelings of Christmas cheer aren’t on the menu, but this rowdy, drug-laden comedy certainly tries to remain meaningful as it attempts to make a worthy big screen mess. Funny in fits and perhaps too obsessed with maintaining character, “The Night Before” isn’t quite the guns blazing comedy it could’ve been, but there are more hit than misses as Rogen and Goldberg return to their happy place of cursing, bodily fluids, and celebrity cameos. Read the rest at Blu-ray.com