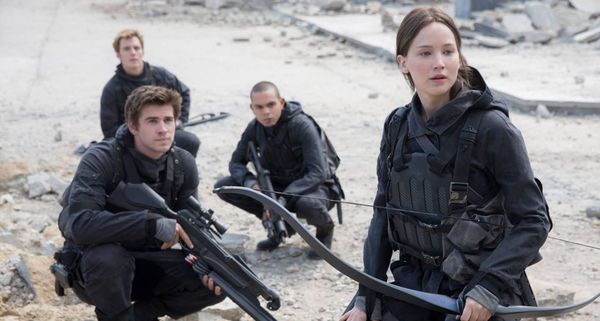 “The Hunger Games” pulled a “Harry Potter” last year when it decided to maximize profits and split the final book in the Suzanne Collins series, “Mockingjay,” into two pictures. When “Part 1” was released last year, there was a noticeable dip in screen enthusiasm, finding momentum that was established in 2013’s “Catching Fire” erased due to heavy amounts of exposition and a general throttling of urgency to help fill two sequels. “Part 1” was a disappointment, one-note and dull, but it did promise a war zone grand finale to send the franchise off on a high note. “Mockingjay – Part 2” is finally here, and, bizarrely, it’s nearly as inert as its predecessor, once again straining futilely to transform a wafer-thin story into a nearly five hour viewing experience when paired with “Part 1.” Read the rest at Blu-ray.com