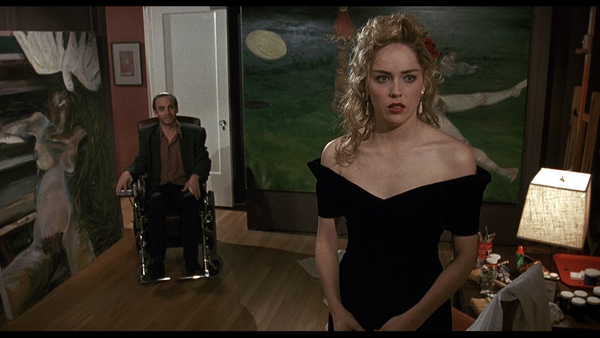 While Sharon Stone is best known for her seductive work in the 1992 thriller "Basic Instinct," there was a decade of career ups and downs she had to manage before worldwide stardom changed everything. "Scissors" is a 1991 release that I'm positive the actress would rather have scratched off her filmography, but if there's a single picture that epitomizes Stone's wayward professional direction during the lean years, it's this ridiculous chiller. Submitting herself to writer/director Frank De Felitta, Stone is completely lost in "Scissors," left with nothing to do but make horrified faces as the screenplay fumbles around for a tone of mystery that's psychologically stained by sexual dysfunction. It's a bad movie, emerging as unintended camp as performances aim for the rafters and De Felitta struggles to stitch together even a basic sense of coherence as the screenplay plays an extended game of make-em-up to suggest sophistication. Read the rest at Blu-ray.com