Blu-ray Review - Back in Time 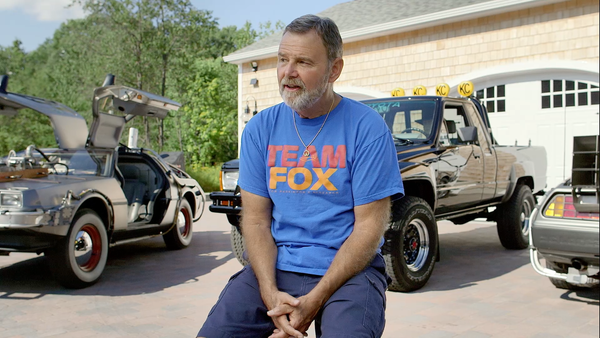 2015 is shaping up to be a big year for the "Back to the Future" franchise. Not only is the original film celebrating its 30th anniversary, but fans were recently treated to trilogy screenings around America theaters to help explore the wild future world of 2015, as created by 1989's "Back to the Future: Part II." Helping to goose excitement for the brand name is "Back in Time," a documentary directed by Jason Aron that sets out to understand the depth of love for the movie series, paying special attention to its influence on pop culture, collection, and engineering. It's an uneven ride, but Aron gets the basics right, diving into an abyssal corner of cinematic obsession to understand creative appeal and inspiration, managing major "gets" with an impressive roster of interviewees, most willing to share memories and impart wisdom concerning the construction and impact of the time-traveling comedies. Read the rest at Blu-ray.com