Film Review - Our Brand Is Crisis 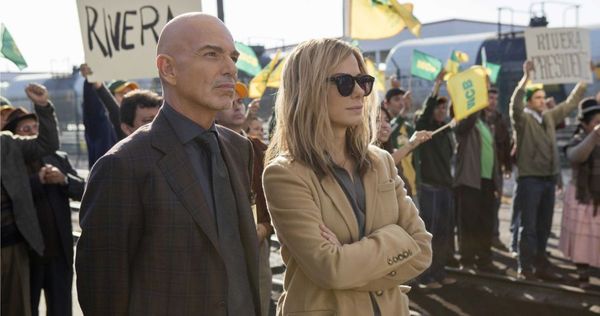 There’s no arguing the merits of “Our Brand Is Crisis,” which is a fictional take on the 2005 documentary of the same name. It’s competently acted by a wide range of talent, featuring a compelling lead turn by star Sandra Bullock as a messy, brilliant political strategist. It’s a tale of awakening, identifying politics is a poison the world doesn’t deserve. It also has farcical touches that help alleviate the inherent heaviness of the story, trying to transform culture-crashing insanity into a big screen show. And yet, “Our Brand Is Crisis” doesn’t contain much dynamism, and its reach for profundity is half-hearted at best. In director David Gordon Green’s care, the feature doesn’t add up to much, pretending to be a subversive offering of backstage exploration instead of truly becoming one. Read the rest at Blu-ray.com