Film Review - Jem and the Holograms 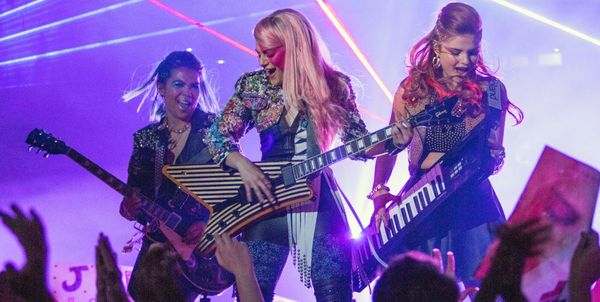 Having found success with his sequel to “G.I. Joe,” director Jon M. Chu (“Step Up 3D,” “Justin Bieber: Never Say Never”) returns to the Hasbro toy vaults to revive “Jem and the Holograms,” an adaptation of the popular cartoon series that ran in the late 1980s. The show celebrated style, fantasy, music, and relationships. Chu’s take decidedly less excitable, trying to mute a flamboyant creation into a tender feature that values buzzy ideas on the unification of social media over personality. “Jem and the Holograms” has almost nothing in common with its inspiration, merely lifting names and labels as it weaves together a flaccid tale of personal corruption and female empowerment, laboring to protect positivity as it gradually loses all hope for identity. Read the rest at Blu-ray.com