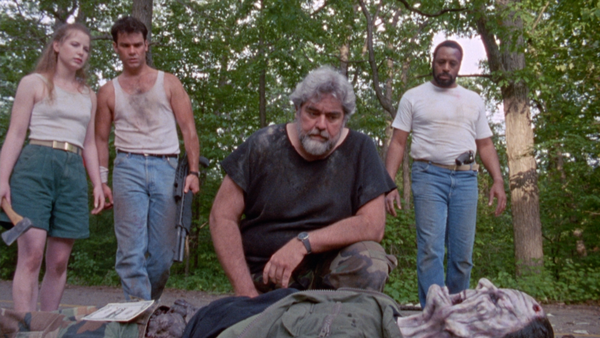 Doing his part to revive the giant bug subgenre of the 1950s, co-writer/director Gary Jones submits 1995's "Mosquito" for approval, giving nature's most diligent pest its time in the monster movie sun. While armed with a limited budget, Jones generally makes the most of what he's got for the feature, which offers a healthy amount of gore and humor as it details the wrath of mutant insects. The basics are covered here, making for an entertaining sit, though, as with most of these productions, a little goes a long way when it comes to broad characterizations, finding the effort's addiction to padding throttling the celebration of B-movie hysterics Jones is aiming to provide. Read the rest at Blu-ray.com