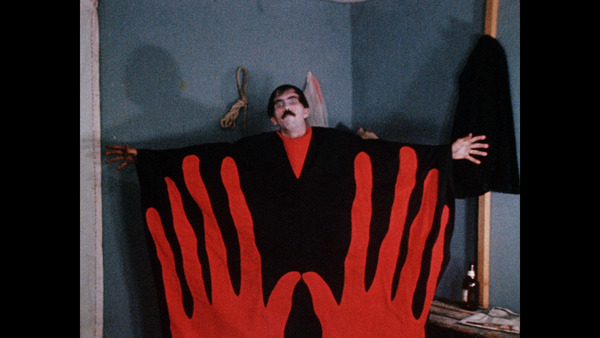 Like thousands of movie maniacs, I came across 1966's "Manos: The Hands of Fate" when it appeared on brilliant television series, "Mystery Science Theater 3000," where writer/director/star Harold P. Warren's tattered vision for an exploitation endeavor provided ideal fodder for comic riffing, instantly making it one of their finest episodes. However, jokes are no longer attached to the new Blu-ray edition of "Manos," which presents the effort in its initial state, trying to reclaim the no-budget charms of the production on its own terms, without ace comedians making the viewing experience passable. It's a dangerous, sobering proposition, but there's something intriguing about the distraction-free picture, revealing Warren's ambition to make junk food cinema through hasty experimentation. This very well may be one of the worst movies ever made, but here, on the Blu-ray, the viewer is now free to study what was originally intended and, in some cases, actually achieved. Read the rest at Blu-ray.com