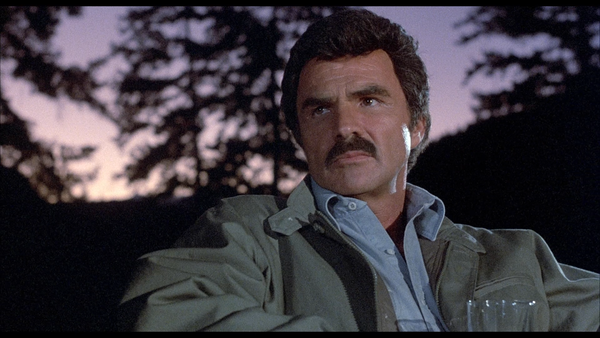 After years of B-movies and supporting roles, Burt Reynolds finally achieved global stardom in the 1970s with beloved efforts such as "Smokey and the Bandit." The 1980s, at least the latter half of the decade, were less kind to the actor. Struggling to sustain his box office dominance, Reynolds elected to replace his mischievous screen presence with a harder, unflinching action hero pose, working through enforcer/authority pictures such as "Heat" and "Stick." 1987's "Malone" is a prime example of the career fatigue that shadowed Reynolds, participating in a formulaic revenge movie that preserves heavy western influences. While initial moments promise a capable but predictable thriller, "Malone" doesn't maintain appeal for very long, quickly dissolving into stupidity as director Harley Cokliss and screenwriter Christopher Frank shave down the source material (The novel "Shotgun," by William P. Wingate) to a series of violent encounters featuring thinly-sketched personalities. It's all about Reynolds here, and if you look close enough, you can see the thin little toothpicks propping his eyes open as he sleepwalks through the adventure. Read the rest at Blu-ray.com