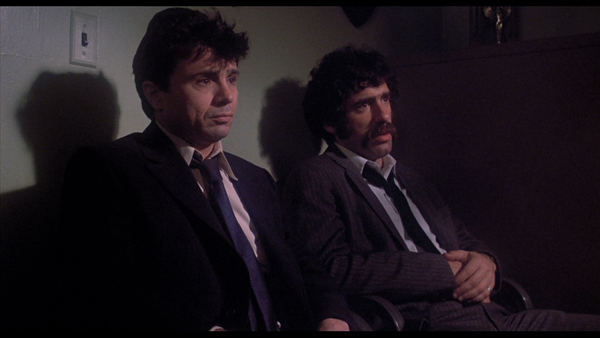 In one of his first forays into feature filmmaking, writer/director Peter Hyams ("Outland," "Capricorn One," "2010") takes the hard-charging heroism of the supercop subgenre and dips it in boiling acid for 1974's "Busting." While not the first force of cynicism concerning the futility of police work to emerge from Hollywood, it's one of the most pronounced, containing an almost punishing level of bitterness to accompany an organized crime takedown plot. Hyams keeps the material on edge, managing the roller coaster ride of frustration that informs nearly every scene, creating a few surges in straightforward action to bait the viewer into a feeling of progress before lowering the hammer once again. "Busting" is raw and inventive, but a little of the picture goes a long way, especially with Elliott Gould and Robert Blake in the lead roles, delivering polar opposite performances that often distract from the theme at hand. It's a powerful film, but it only achieves greatness in periodic bursts. Read the rest at Blu-ray.com