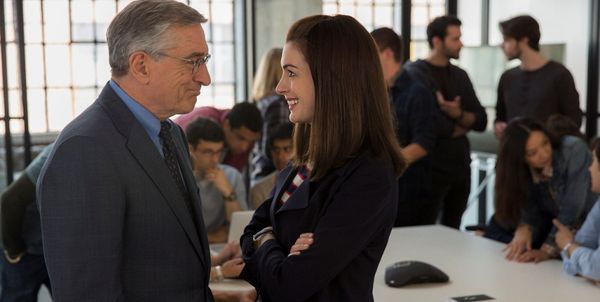 Nancy Meyers makes comfort food cinema. It’s a particular skill few share in the industry, but she’s forged a career blending domestic fantasy with tender emotions, guiding efforts such as “It’s Complicated,” “The Holiday,” and “Something’s Gotta Give.” She does one thing and she does it relatively well, always at her best when character comes before contrivance. “The Intern” enjoys a rough tonality of high comedy and grim drama, but Meyers steadies the picture with an enjoyable script that’s most interesting when playful, while lead performances from Robert De Niro and Anne Hathaway are lively and open for inspection. “The Intern” gets a little strange at times, but it’s a sturdy creation that carries a little more personality than many might be expecting. Read the rest at Blu-ray.com