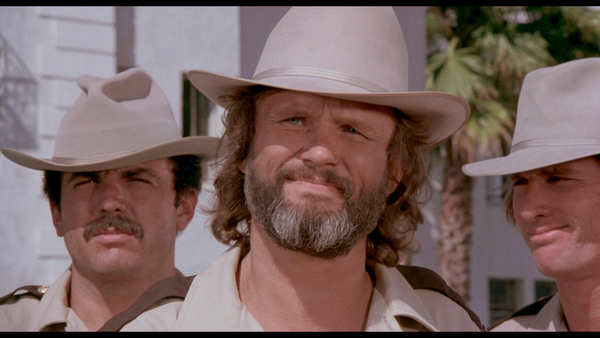 Drive-in cinema receives another thorough workout in 1976's "Vigilante Force," which submits a combination of fisticuffs, scowling, and limited drama, trying to hand its audience the basics in big screen violence. Directed by George Armitage ("Miami Blues" and the brilliant "Grosse Pointe Blank"), the feature is intended to be a rough-and-ready exploitation movie that wears its production year like a badge of honor, but a few things are lost in translation, finding the finished film missing large portions of motivation and smooth editing as it pares down a bigger picture of corruption and family divide to a more comfortable to-do list of mid-70s intimidation tactics. "Vigilante Force" is certainly diverting work, especially when it winds up the stunt team, setting them loose on busy streets and backlots. Anyone expecting anything more than a loosely defined tale of bare-knuckle brawling and vague sibling rivalry is going to walk away from the feature sorely disappointed. The effort is merely interested in basic thrills. Engaging conflict has not been permitted to cross county lines. Read the rest at Blu-ray.com