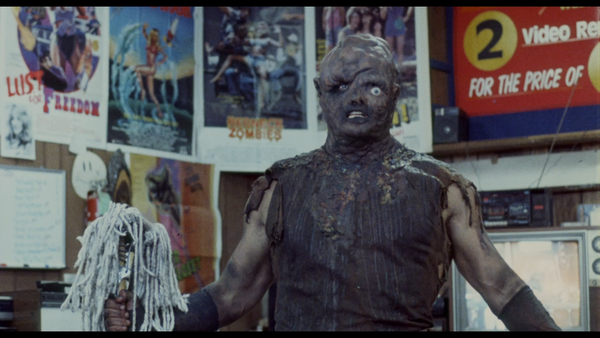 When we last saw the Toxic Avenger, he saved Japan and Tromaville from Apocalypse Inc., using his monster gifts to protect the innocent from pollution and corporate abuse. True to form, Troma Entertainment isn't about to let their cash-cow take a rest, reviving the "superhero from New Jersey" for 1989's "The Toxic Avenger: Part III – The Last Temptation of Toxie," a sequel that basically admits defeat from the opening act. Loud and cheaply made, the continuation of the saga tries to sustain irreverence and gore, utilizing Troma's silly sense of humor to fuel yet another round of one-liners and lethargic battles. The creative tank is clearly out of gas for this follow-up, but that doesn't stop directors Lloyd Kaufman and Michael Herz from trying to staple together a continuation made out of random ideas and footage from "The Toxic Avenger: Part II." Read the rest at Blu-ray.com