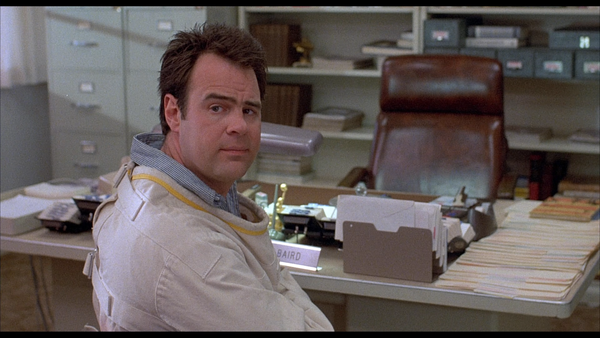 "The Couch Trip" is an attempt by director Michael Ritchie to make a screwball comedy with classic cinema timing in the 1980s, where broad humor was being eaten away by cynicism. The helmer of "Fletch" and "The Bad News Bears," Ritchie certainly understands the value of a wily punchline, but there's an unfinished quality to "The Couch Trip" that keeps the feature from connecting in full. The cast is game to play, with star Dan Aykroyd working at his usual speed with jokes and rubbery reactions, but "The Couch Trip" ultimately feels rushed, which is a shame when it initially appears ready and willing to work through a list of neuroses, accusations, and confrontations worth a little more screen time than what the production is willing to offer. Select moments are genuinely funny, yet the movie tends to muffle what works, clinging to a story that never comes together. Read the rest at Blu-ray.com