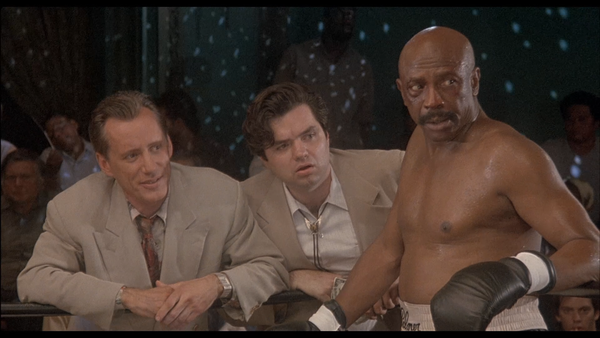 Director Michael Ritchie maintained a special interest in movies about sports. Not many of them were great (there was one masterpiece in 1976's "The Bad News Bears"), but they all retained a shaggy personality that inspected the minutiae of teamwork and the power of the individual. 1992's "Diggstown" (titled "Midnight Sting" on the Blu-ray) isn't explicitly a boxing picture, but it carries the weight of a production that understands the stamina and mental acuity of the sport, working to make the ring encounters hit as hard as the twists and turns of this con man story. Although it's ultimately a tale of trickery and revenge, "Diggstown" is most comfortable throwing punches, communicating exhaustion with confidence as the rest of the shenanigans remain diverting, but tonally unbalanced. Read the rest at Blu-ray.com