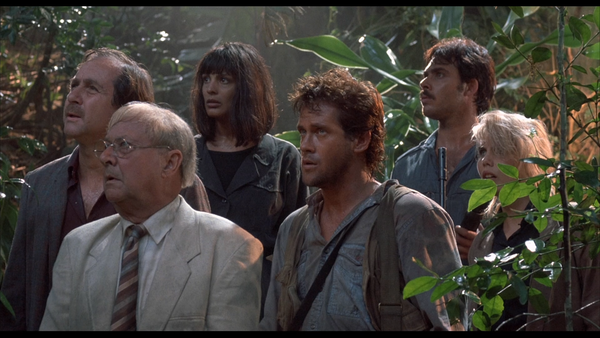 "River of Death" is a loose adaptation of Alistair McLean's 1981 novel. While it sips from a literary source, the true inspiration for the 1989 effort seems to be split between "Raiders of the Lost Ark" and "Apocalypse Now." Director Steve Carver ("Big Bad Mama," "An Eye for an Eye") makes a game attempt to give the adventure story a cinematic lift, channeling Spielberg and Coppola to the best of his ability, striving to give Cannon Films an easily marketable picture. "River of Death" isn't shy about stealing, but it remains weirdly inert. Despite its Amazon River setting, interest in shootouts and threatening, highly decorated natives, and star turn from action hero Michael Dudikoff, the feature doesn't provide the necessary speed for excitement, struggling to come up with ways to make a bland tale at least passably gripping. Read the rest at Blu-ray.com