Blu-ray Review - An Eye for an Eye 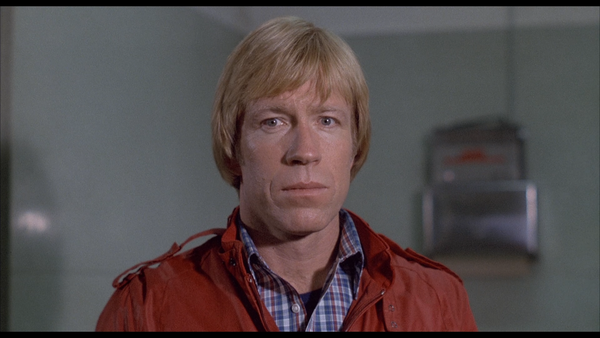 The year is 1981, and at this point in the career of martial art superstar Chuck Norris, things were looking promising. Developing his big screen brand name with a string of actioners in the late 1970s, Norris graduated to more streetwise entertainment in the early 1980s, widening his appeal in the pre-beard days, when all heroism required were a pair of tight jeans and a Members Only jacket. "An Eye for an Eye" is Norris's move to Steve McQueen territory, put into the driver's seat for this revenge thriller, mixing broad kick-happy confrontations with dour investigative movements. Amusement remains with the picture's concentration on exaggerated performances and waves of dim-witted baddies, and while "An Eye for an Eye" isn't a shining example of the genre or even Norris, it remains perfectly approachable, with a satisfying level of violence and squinty acts of intimidation to make the run time fly by. Read the rest at Blu-ray.com