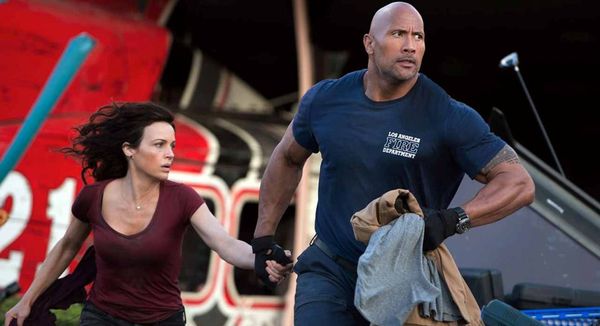 The disaster movie genre isn’t quite the powerhouse it once was. Think 2009’s profoundly goofy “2012,” which attempted to destroy the world one tuneless scene at a time. And now there’s cheap parody entertainment flooding pop culture, with the likes of 2013’s “Sharknado” and its lunch money budget defining screen catastrophe these days. “San Andreas” isn’t going to win any awards for originality, but its solemnity is a gift, returning a little horror and pain to mass destruction, delivering an end-of-the-world tone with a firm handle on panic. It’s hokey at times, definitely too long for such a thin premise, but “San Andreas” is never jokey, displaying an endearing determination to take catastrophe with the passable seriousness. Read the rest at Blu-ray.com