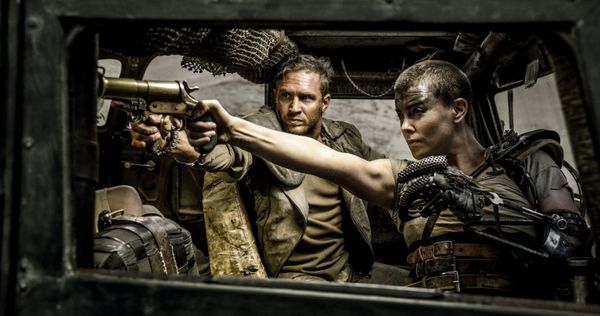 It’s been 30 years since the release of “Mad Max Beyond Thunderdome,” the last installment of the George Miller franchise to star Mel Gibson as a titular post-apocalyptic survivor. Having gone on to create some memorable cinema (“The Witches of Eastwick,” “Lorenzo’s Oil”) and a few creative question marks (“Babe: Pig in the City,” “Happy Feet Two”), it seems Miller is itching to return to the open road, craving some automobile mayhem. Fitting star Tom Hardy for the famous boots and protective gear, Miller revs up a new generation of hero for “Mad Max: Fury Road,” which pumps the core battle between man and machine up to an epic size, while losing none of the delightful idiosyncrasy the helmer has turned into a fingerprint. It’s enormous, destructive, and largely indescribable. It’s also a gleefully barnstorming actioner that’s going to be difficult to top this year. Read the rest at Blu-ray.com