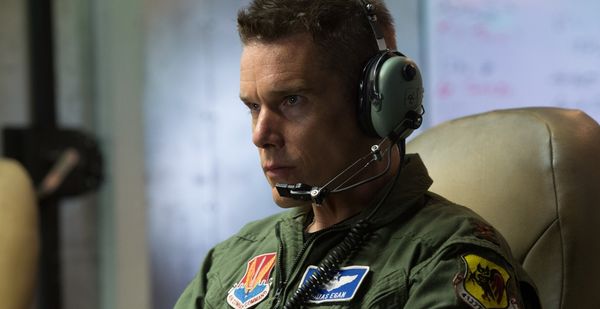 After making his directorial debut with 1997’s “Gattaca,” Andrew Niccol embarked on a troubling career of interesting failures (“Lord of War”) and outright disasters (“In Time,” “The Host,” “Simone”). Each film attempted to articulate the human experience, with attention paid to the manipulation of body and soul, but, more often than not, Niccol was caught delivering speeches when suspense was needed. “Good Kill” is an unexpected return to form for the helmer, who finds a sophisticated subject in drone warfare, with its troubling moral questions and military demands. Guided by a strong performance from Ethan Hawke, “Good Kill” manages to find a balance between demonstration and debate, allowing Niccol to indulge his beloved sermonizing while providing substantive characterization. Read the rest at Blu-ray.com