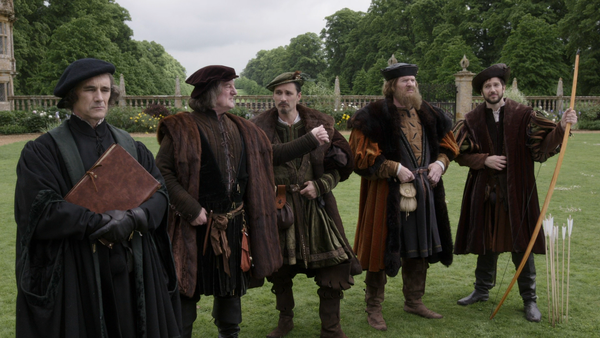 With "Wolf Hall," the BBC steps into the "Game of Thrones" business, digging into English history to rework known tales of treachery and violence, bringing a new spin to the oft-told tale of King Henry VIII (Damian Lewis) and Anne Boleyn (Claire Foy). Adapted from a pair of novels by Hilary Mantel, the six-episode series strives to find an entry point into the familiar story, settling on the life and times of lawyer Thomas Cromwell (Mark Rylance), whose steely sense of duty and intelligence permitted him access to Henry's kingdom, bearing witness to rampant rumor, accusation, and royal gamesmanship that spilled over to the wrath of Boleyn. "Wolf Hall" isn't about contact highs of swelling drama and twisty turns of fate (after all, there's only one ending to this saga), but slightly agitated interactions among corrupted individuals, with these charge encounters representing the extent of excitement the show is willing to offer. Read the rest at Blu-ray.com