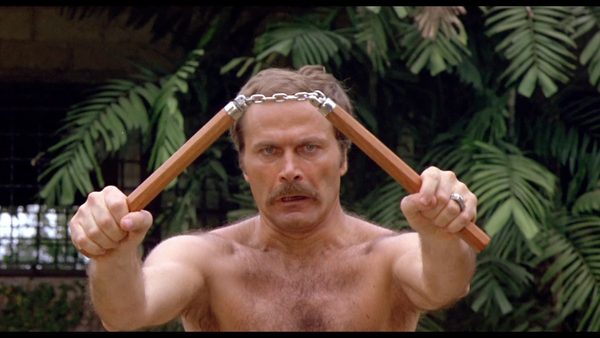 "Enter the Ninja" is widely credited as one of the first wave of martial art movies in the 1980s to bring the deadly world of ninjutsu to the screen. Igniting an exploitation cinema craze, producer/director Menahem Golan and his Cannon Films would go on to stoke the fire with sequels and spin-offs, but 1981's "Enter the Ninja" was their first born, and it's easy to see why the production was so eager to keep up with the secret society of cloaked warriors. Certainly rough around the edges, the picture is wise to commit to the plot with a relatively straight face. Delivering acceptable action and encouraging acts of intimidation, the feature largely succeeds as a sufficiently violent and masculine study of the ninja way, from a decidedly Western perspective. It's goofy at times, yet, in the heat in the moment, "Enter the Ninja" achieves an atmosphere of bottom shelf escapism that's hard to resist. Read the rest at Blu-ray.com