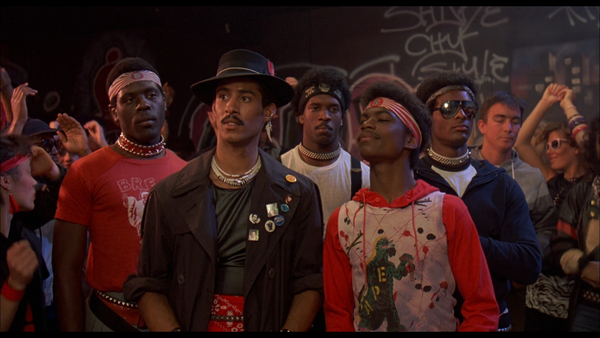 Never one to let a trend slip through his fingers, producer Menahem Golan quickly jumped on the opportunity to make a movie based on the breakdancing craze that swept across the nation in the 1980s. Golan's Cannon Films sprinted to the finish line with 1984's "Breakin'" with hopes to beat the competition, "Beat Street" (which took a more sobering look at hip hop culture), to the punch. Cannon won the war, transforming the feature into a sizable hit (keep in mind that the movie outgrossed "The Terminator" that year). While such production determination is interesting, "Breakin'" certainly has its issues, struggling with dramatic concerns as it spends most of its energy on musical numbers and street dance choreography. However, technical and emotional limitations aside, the picture has a certain spirit that's hard to deny, providing a look at bodies in motion as they quake, roll, and spin their way around the frame, keeping the feature's batteries charged long enough to make the effort easily digestible and, at times, terrific escapism. Read the rest at Blu-ray.com