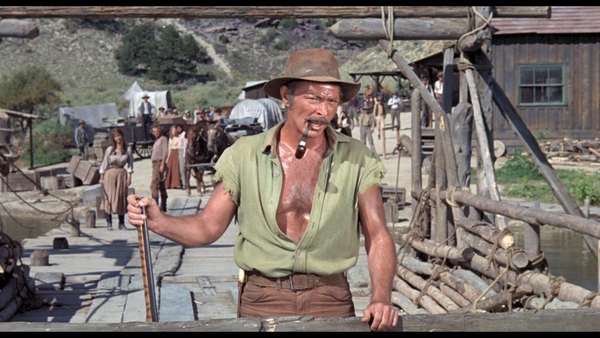 Shaping his reputation as the hardest of the hard men of the west, Lee Van Cleef signs up for defense duty in 1970's "Barquero." A cowboy saga about bitter, unflinching men, the picture benefits from its star's customary domination, with Van Cleef using acting tools of intimidation and impatience to give the feature a decidedly masculine position, matched well with Warren Oates as the maniac baddie. "Barquero" is raw, with surprising violence for the era, but it's also an appealing standoff tale, using its surroundings inventively as two brutes battle over a barge along a wide, rushing river. Some weird ideas on sexual bargaining and insect threat remains, and the effort is a good 20 minutes too long, but for Van Cleef completists, the movie is brawny, aggressive, and entertaining in fits, joining the screen legend's long roster of meaty cinematic accomplishments. Read the rest at Blu-ray.com