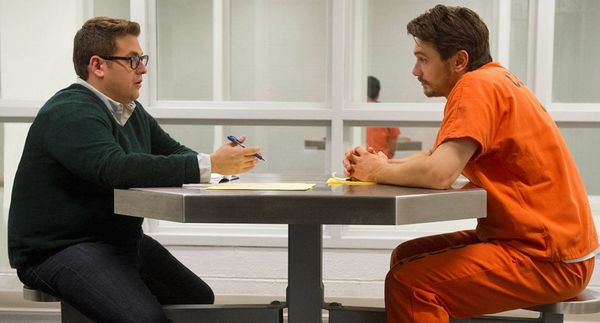 With starring roles handled by Jonah Hill and James Franco, “True Story” could be mistaken for the next big Hollywood comedy. Instead of laughs, the picture asks these funnymen to sober up for a grim true crime drama, with Hill and Franco downshifting into sullen behavior to best capture the gray skies of the material, which is based on experiences explored by disgraced journalist Michael Finkel. Indeed, “True Story” is based on a true story, which permits the production a sense of gravity as it analyzes the concept of truth and its relationship with emotion. Pieces are missing, yet the feature remains compelling thanks to fine performances and an icy sense of detachment, finding David Kajganich’s screenplay interested in a moral gray area instead of big thrills. Read the rest at Blu-ray.com