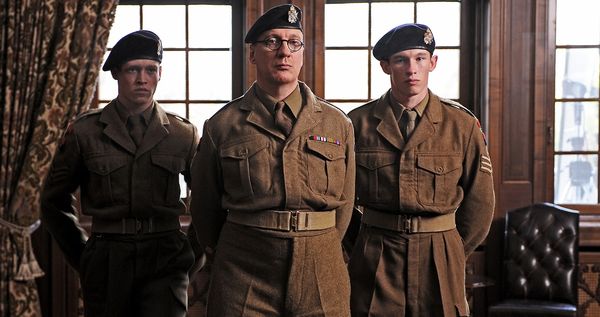 Joining a growing list identifying the longest gaps between film sequels, “Queen and Country” is a follow-up to the 1987 feature, “Hope and Glory.” Clearly, there was something about the original picture that felt unfinished to writer/director John Boorman, who returns to duty after 2006’s “A Tiger’s Tail” to helm the continuation of his personal war story, leaping ahead nine years to study the next generation of global conflict. While “Hope and Glory” was accomplished work, meaningful and confessional, “Queen and Country” is more of a sitcom than a study of uncertainty in shadow of duty. It’s not hopeless, but it’s surprisingly slack, unfocused work from Boorman, who aims for a scattered tonality that reflects the madness of the moment, but mostly loses his way. Read the rest at Blu-ray.com