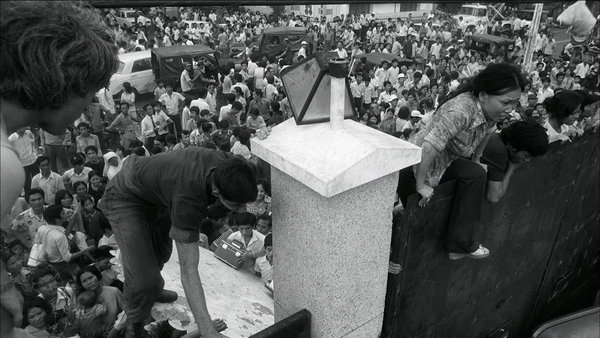 As viewed throughout a multitude of charged filmmaking efforts from the 1970s and '80s (providing an evolution to the classic war movie), most cinematic dissections of the Vietnam War concentrated on the either the early years of the conflict, when morale was high and troops were alert and plentiful, or the thick of the fight, highlighting a drain of innocence and military interest as the reality of the conflict and its hunger for human lives was finally being identified and criticized. Remaining true to its title, "Last Days in Vietnam" avoids a grander scope of military activity, instead paying specific attention to the final, bitter moments of the American presence in Southeast Asia, endeavoring to understand numerous events of pure chaos that erupted once evacuation procedures lost their ability to manage hordes of desperate refugees. A vital piece in the ongoing puzzle of the conflict, "Last Days in Vietnam" is an eye-opening documentary that captures the charged emotions and troubled leadership that fed into an overall sense of panic across the land -- a surge of helplessness felt by all sides. Read the rest at Blu-ray.com