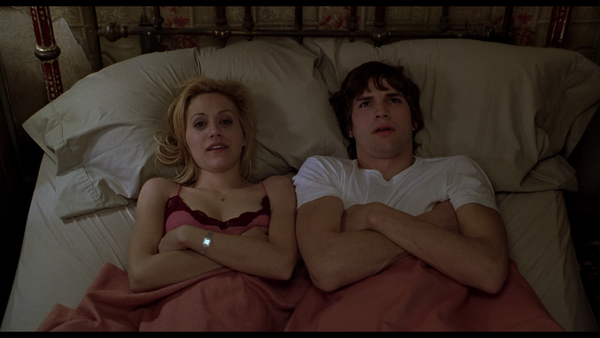 After scoring a minor hit with the kiddie comedy "Big Fat Liar," director Shawn Levy wanted to graduate to the world of young adults. Despite his inability to stage a big screen joke, Levy gravitated toward "Just Married," with the 2003 effort requiring a helmer capable of balancing slapstick and heart, spritzing the endeavor with a little acidic humor. "Just Married" is one of those comedies that should piece together easily enough, yet Levy has a way of making simple tasks seem impossible. Recruiting stars Ashton Kutcher and Brittany Murphy, the director embarks on a dissection of thinning marital patience and European calamity, yet he somehow comes up spectacularly short of his goal, issuing a feature that's almost completely devoid of laughs, charms, and warm fuzzies as the two leads scream punchlines at each other for 90 long minutes. Read the rest at Blu-ray.com