Blu-ray Review - At War with the Army 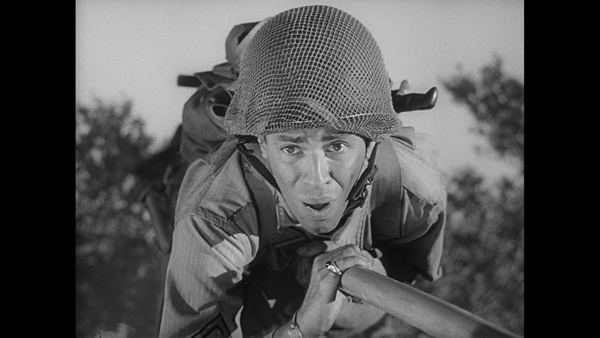 As they entered the moviemaking stage of their career, Dean Martin and Jerry Lewis selected a military comedy to keep up with the competition, deploying their balance of smooth and sharp to mess around with the details of life in the service. 1950's "At War with the Army" hedges its bet some with the addition of director Hal Walker, who previous worked with Hope and Crosby on "The Road to Utopia," bringing a well-oiled understanding of comedy team timing to the screen. An adaptation of a play by James B. Allardice, "At War with the Army" struggles to become something cinematic, retaining its theatrical origins with stiff slapstick and finger-snap dialogue, and while Lewis tornados around the frame, energy is missing from this amiable but unremarkable effort. Read the rest at Blu-ray.com