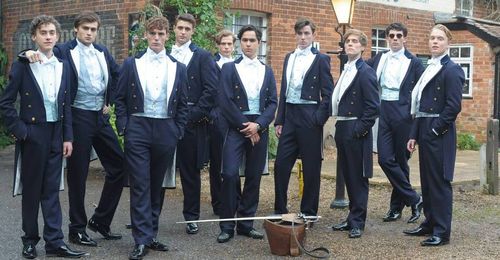 There’s a fine art to making movies about reprehensible characters. It’s not easy to ask an audience to spend time with people born without a moral compass, who engage in arbitrary violence and embrace the opportunity to humiliate those perceived beneath them. “The Riot Club” features a collection of personalities best viewed through the bars of a prison cell, but director Lone Scherfig and screenwriter Laura Wade endeavor to understand corrupted behavior, tracing it back through generations of English privilege and youthful indestructibility. “The Riot Club” is coarse work, attempting to rile up viewers with troubling scenes of destruction and dismissal, but it’s also convincingly acted, with accessible emotions keeping the material fascinating. Read the rest at Blu-ray.com