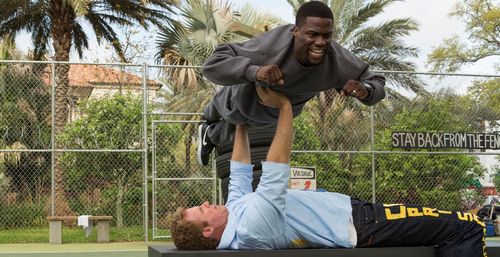 Comedy doesn’t require rules, but formula tends to be a best friend of the genre. Typically, a humorous balance is achieved with a comedian and a straight man, creating a rhythm to the work that generates the proper timing to sell a punchline. “Get Hard” stars Will Ferrell and Kevin Hart, two performers primarily known for their ability to yell jokes at top volume. Creating a competition for most aggressive screen presence, Ferrell and Hart are unleashed for the effort, which doesn’t feature much of a script, just a series of tired scenarios for the comedians to bark through, sometimes quite literally. Frighteningly unfunny and surprisingly lazy for a movie scripted by three people, “Get Hard” plays more like a Funny or Die skit than a genuine feature. Read the rest at Blu-ray.com