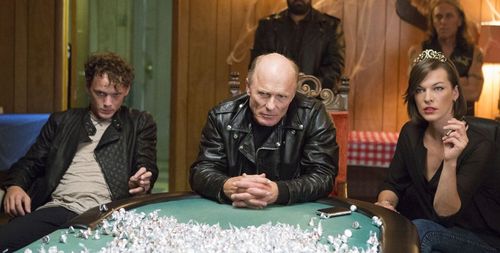 Director Michael Almereyda has been here before. In 2000, the helmer modernized William Shakespeare’s “Hamlet,” transforming the play into a scrappy indie film production, turning broad strokes of obsession and death into a commentary on corporate and consumerist culture. “Cymbeline” returns Almereyda to the Bard’s playground of tragedy, once again updating ancient drama to fit a contemporary look, bringing along “Hamlet” star Ethan Hawke for good luck. Although ambitious, “Cymbeline” doesn’t display any type of storytelling fluidity, lurching from scene to scene, barely making character connections as the production fights to preserve the iconic language while letting the rest of the effort slip into a coma. Read the rest at Blu-ray.com