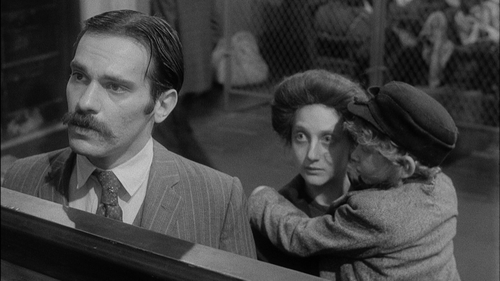 "Hester Street" is certainly a rarity, arriving in 1975 as a tale of traditional Jewish values colliding with American permissiveness around the turn of the century. And the picture was written and directed by Joan Micklin Silver, making her the rare female helmer in a largely male-driven industry. Its specialty is its saving grace, stepping forward as a rare film of distinct perspective and religious discussion, while maintaining a comfortable focus on domestic unrest, permitting simplistic but valued drama to carry the viewing experience. Evocative on a modest budget, Silver pulls off something of a miracle with "Hester Street," managing to capture a time and place without the benefit of a budget or major stars, putting her faith in the power of the conflicts provided here, adapting a 1895 book by Abraham Cahan with a distinctly '70s headspace of grit, empowerment, and heartache. Read the rest at Blu-ray.com