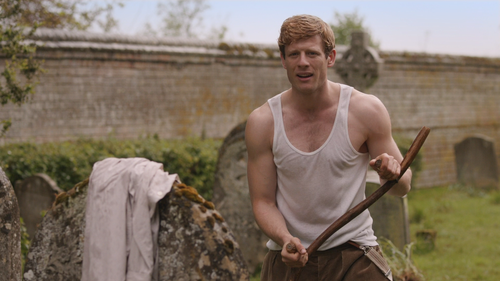 Sidney Chambers is a most unusual protagonist for a murder mystery show. While his calling takes him into the priesthood, Sidney retains his sins and vices, spending six episodes of "Grantchester" smoking, drinking, listening to jazz, womanizing, lying, stealing, and struggling with memories of murder while in service during World War II. He's not your average vicar, giving "Grantchester," based on the novels by James Runcie, an unexpected kick when dealing with its routine of death and investigation, permitting the material welcome complexity when confronting matters of the heart. Read the rest at Blu-ray.com