Blu-ray Review - Gone with the Pope 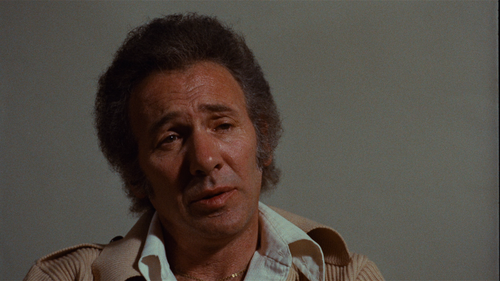 In 1974, writer/director/star Duke Mitchell debuted "Massacre Mafia Style," a rip-roaring take on mob violence and Italian heritage that acted as the creator's personal response to the phenomenon known as "The Godfather." A few years later, Mitchell attempted a follow-up, building "Gone with the Pope" over weekends, using favors and his internal drive to see the feature to completion. Unfortunately, production stalled as it was nearing the finish line, with reels of Mitchell's work tucked away in a storage space, destined to be lost forever after the helmer's death in 1981. Enter Grindhouse Releasing, who acquired the footage with plans to restore Mitchell's vision to the best of their ability. Devoting years to the effort, stitching together moments, ideas, and oddities, the producers managed to make a movie, delivering a valentine to Mitchell's indefatigable cinematic spirit and his unique screen presence. "Gone with the Pope" is undeniably rough around the edges, but it does find unmistakable personality in the midst of a potential mess, making what should've been a disposable curiosity into a formidable continuation of the "Massacre Mafia Style" aesthetic. Read the rest at Blu-ray.com