Film Review - Out of the Dark 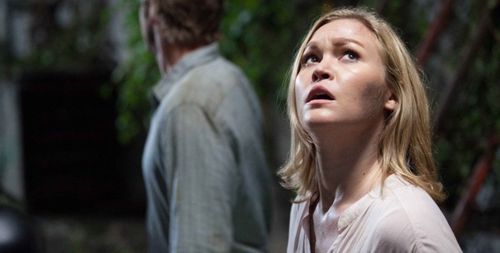 “Out of the Dark” is never going to be celebrated for its originality. In genre dominated by creepy events occurring in shadowed corners, this horror effort generally follows the same routine, offering a ghost story with a South American setting. However, it’s effective work from director Lluis Quilez, who guides an ambitious screenplay through the bob and weave of a fright film while maintaining character through an eco-disaster subplot, allowing some real-world terror to seep into the system. While limited in armrest-gripping suspense, “Out of the Dark” is handsomely made, with an interest in investigating cultural exploitation that elevates it away from the average mouthbreathing endeavor. Read the rest at Blu-ray.com